1. Should the employer grant paid leave to the employee who’s been infected with COVID-19 so must be hospitalized until fully treated? Yes, to be exact, under the Infectious Disease Control and Prevention Act, when an employer received a government subsidy for the costs of paid leave, the employer should grant a paid leave to […] I really hope that Corona Virus will disappear soon and the number of patients will not increase any more. Also, I’d like to express my deepest gratitude to medical staff and public officials who are taking care of this serious situation. Due to COVID-19, many workplaces have shut down and I’d like to explain shutdown […] 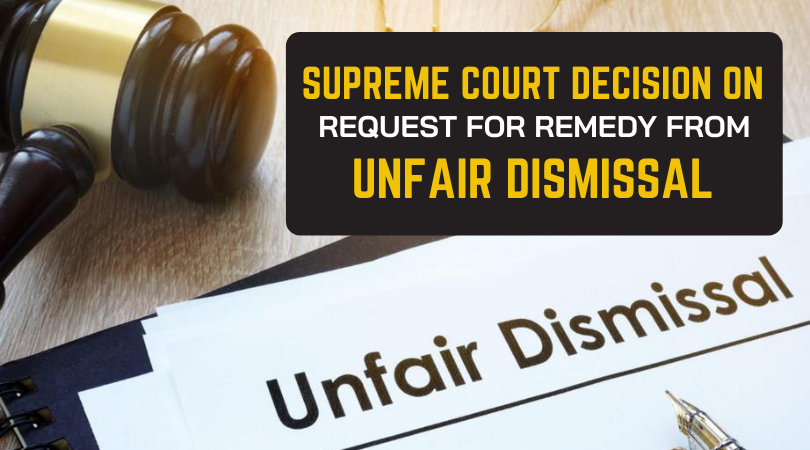 On February 20, 2020, a significant Supreme Court Decision on request for remedy from unfair dismissal was made (2019Du52386, hereafter referred to as the “Decision”). So far, in case where an employee who filed for remedy from unfair dismissal claiming monetary compensation and the employment agreement terminates during the proceedings of the examination or reexamination […] I’m so glad that the immediate appeal for the ruling of furnishing security for the costs of lawsuit that I filed was accepted. In case a plaintiff does not have domicile in Korea, the defendant may request the court to order the plaintiff to furnish security for the lawsuit costs in advance. If a defendant […] Labor Standards Act (hereinafter referred to as the “Act”) aims to guarantee the minimum standards for employment and terms and conditions of employment that do not comply the standards stated in the Act shall be null and void to that extent. I’d like to introduce several Articles of the Act that shall be checked in […]

I’d like to introduce Supreme Court Decision stating that in case a person makes a statement damaging another person’s reputation when checking out if the rumor is true, the person’s intent for defamation is not recognized. Please refer to the case 2018Do4200 Decided June 15, 2018 and for further legal inquiries, please contact me at […]

I’d like to introduce Supreme Court Decision stating that uploading a “torrent file” of obscene videos is violation of Act on Promotion of Information and Communications Network Utilization and Information Protection, Etc.! Please refer to the case 2019Do5283 Decided July 25, 2019 as follows and for legal consultation, please contact me at https://lawyerhwang.com/consultation/ or [email protected]; […] CIVIL ACTION, INTERNATIONAL DIVORCENo Comments on Ways to get child support from a bad parent

Recently, a man who had disclosed the list of “bad fathers” refusing to pay child support after divorce was given a decision of not guilty for the defamation as his action was for solely for the public interest. As the case shows, it has been reported that many parents who are legally obligated to pay […]

INTERNATIONAL DIVORCENo Comments on A child from the third party’s sperm is whose child?

I’d like to introduce the articles of Housing Lease Protection Act (hereinafter referred to as the “Act”) and its Presidential Decree that are essentially for a lessee to know. As the tile of the Act shows, the Act is to protect lessees and secure stability of their residential lives. First of all, if it is […]